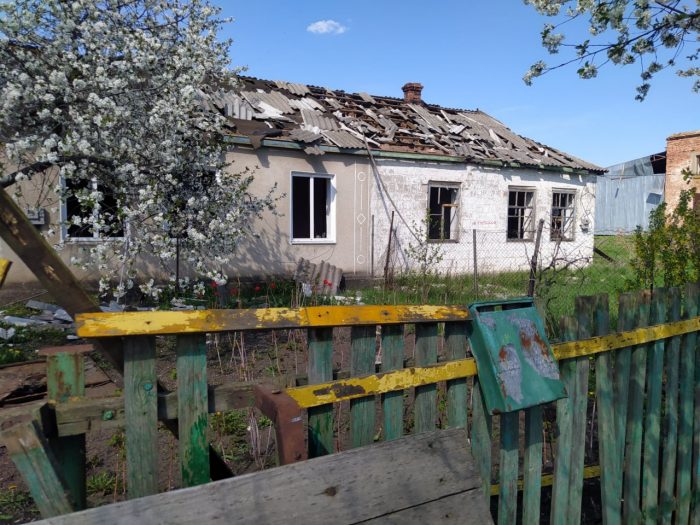 As of 8:00 a.m. on April 28, 2022, during the last 24 hours, 8 civilians had been killed due to the Russian invasion, among them 1 child (excluding all victims in Mariupol, Volnovakha, Kyiv, Luhansk, Kherson, Kharkiv, Zaporizhzhia regions). 50 people were wounded, including 1 child. Totally more than 300 civilians were abducted by the Russian troops, they are mostly journalists, local government officials of the occupied settlements, the Ukrainian activists, teachers, as well as children and relatives of local authorities’ representatives.

According to the incomplete data as of April 28, due to the Russian full-scale invasion against the population of Ukraine, 217 children were killed and 393 were wounded, according to the data of the Office of the General Prosecutor of Ukraine.

The Ukrainian military remains in Mariupol at the territory of the Azovstal plant. There are, together with them, civilians hiding in bomb shelters. It is estimated that there are about 1,000 people, including many little children. There are also about 600 wounded at the plant – both military and civilians. On April 27, it has become known about the death of a little girl (10 or 12-year-old) during new bombing by the Russian military on “Azovstal”. She was hiding with other children.

The tragedy of Mariupol is still going on… For more than two months the city has been suffering from massive air bombings, rocket and artillery shelling. About 80% of all infrastructure and residential buildings were destroyed. On April 27, relatives and friends of civilians of Mariupol went to a peaceful rally in Kyiv to appeal to the world leaders to help release their loved ones, who with the Ukrainian military are blocked at the Azovstal.

STILL, NO ONE WORLD LEADER OR EVEN THE WHOLE INTERNATIONAL COMMUNITY CAN INFLUENCE THE RUSSIAN PRESIDENT VOLODYMYR PUTIN TO RELEASE IN FACT BURIED ALIVE RESIDENTS OF MARIUPOL, CHILDREN AND WOUNDED PERSONS…

Maryinka (Donetsk region) – 1 civilian was killed and 5 were injured.

Lastochkine (Donetsk region) – 1 civilian was wounded in the Russian shelling.

Mariupol – The Russian military continues to bomb the Azovstal plant, which there are about 1,000 civilians and 600 wounded. A 10 or 12-year-girl was killed in bombardment on April 27.

Luhansk region: 2 people were killed and 4 were injured. There is no complete information due to active hostilities.

Severodonetsk (Luhansk region) – Russian military fired on a hospital where wounded civilians were. One woman was killed and two doctors were injured.

Mykolaiv region: The Russian military continues to shell settlements of the Mykolaiv region, as a result of attacks 15 civilians were wounded.

Kharkiv region: 4 people were killed. 22 were injured, including 1 child.

Kharkiv – as a result of the Russian shelling of residential neighborhoods, 1 person was killed and 3 were injured.

Derhachi (Kharkiv Oblast) – The Russian military fired on residential districts, as a result of its one civilian was wounded.

Kharkiv region – according to the head of the regional military administration Sinehubov, 15 civilians were injured in Kharkiv region during the previous 24 hours.

Kherson region: no information, because of the region is occupied by the Russian forces.