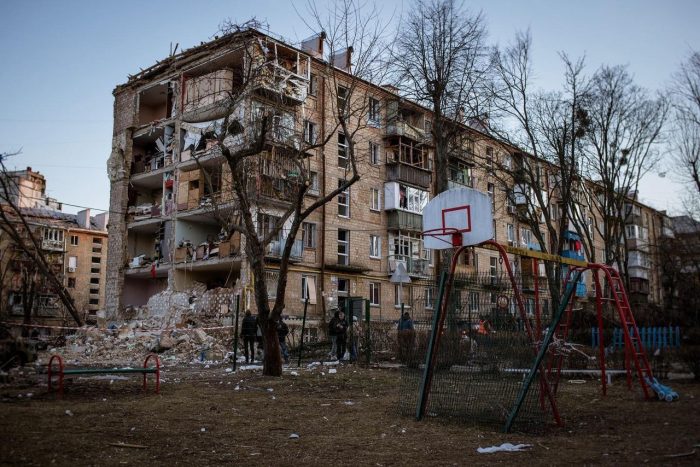 As of 8:00 a.m. on April 19, 2022, during the last 24 hours, 36 civilians had been killed due to the Russian invasion, among them 2 children. Also 269 killed people were found in Irpin (Kyiv region) (excluding all victims in Mariupol, Volnovakha, Kyiv, Luhansk, Kherson, Kharkiv regions). 59 people were injured, including 2 children. 2 civilians were captured, and totally about 300 civilians were kidnapped by the Russian troops, they are mostly journalists, local government officials of the occupied settlements, the Ukrainian activists, teachers as well.

As of April 18, due to the Russian full-scale invasion against the population of Ukraine, 205 children were killed and 362 were wounded, according to the data of the Office of the General Prosecutor of Ukraine.

58 orphans have been leaving in Kherson, which is occupied by the Russian troops. They are staying in an orphanage. Russian occupation forces do not provide a humanitarian corridor for the Ukrainian authorities to safely bring the children to free territory of Ukraine. A humanitarian catastrophe is in the city now and children don’t have enough food and basic necessities. During the shelling, orphanage teachers were forced to hide children in the basement.

The Russian military has captured the towers and offices of the Ukrainian mobile operator Kyivstar, and these critical infrastructure facilities are currently under the Russian control. A main goal of the capturing is to cut ties/connections between the residents of the occupied Kherson region and free territory of Ukraine so that people cannot tell and pass the information, videos as well about the terror perpetrated by the Russian occupiers in the newly occupied territories of Ukraine.

However, the Russian army has begun bombing the territory of the Azovstal plant, despite the available information that more than a thousand residents of Mariupol, mostly women and children, are in underground storage facilities of the plant. Mariupol City Council has posted a video of the bombing in its telegram channel. Link https://ria-m.tv/news/283733/rossiya_obstrelivaet_azovstal_gde_skryivaetsya_primerno_tyisyacha_chelovek_sverhtyajelyimi_aviabombami_%E2%80%94_video.html

According to UNICEF, about 6 million people in Ukraine suffer from water shortages. In the regions where hostilities are taking place, a plumbing is damaged, and the Russian troops are unable to repair them, do not stop shelling, and do not allow safe humanitarian corridors to supply water by the humanitarian convoys.

Irpin (Kyiv region) – after the Russian occupation the Ukrainian investigating commission has passed the bodies of 269 dead civilians to law enforcement agencies. Also, 7 places were found where shootings and tortures of local residents took place.

Torske (Donetsk region) – 2 people were killed and 1 was injured.

Shandryholove (Donetsk region) – 1 civilian was killed and 3 were injured.

Luhansk region: 8 people were killed and 6 were injured. Incomplete information.

Rubizhne (Luhansk region) – 1 civilian was wounded in the shelling.

In Bakhmut (Donetsk region) – 3 wounded civilians from the Luhansk region were registered.

Lviv region: 7 civilians were killed and 11 were injured.

Lviv – The Russian army fired 5 missiles at the city center. 7 civilians were killed and 11 were injured, including a three-year-old boy from Kharkiv whose family fled through the Russian shelling.

Kharkiv – due to the Russian shelling of a playground in a residential neighborhood of the city 3 people were killed, 15 civilians were injured, including 1 child.

Kharkiv region – 13 civilians were killed in the shelling.