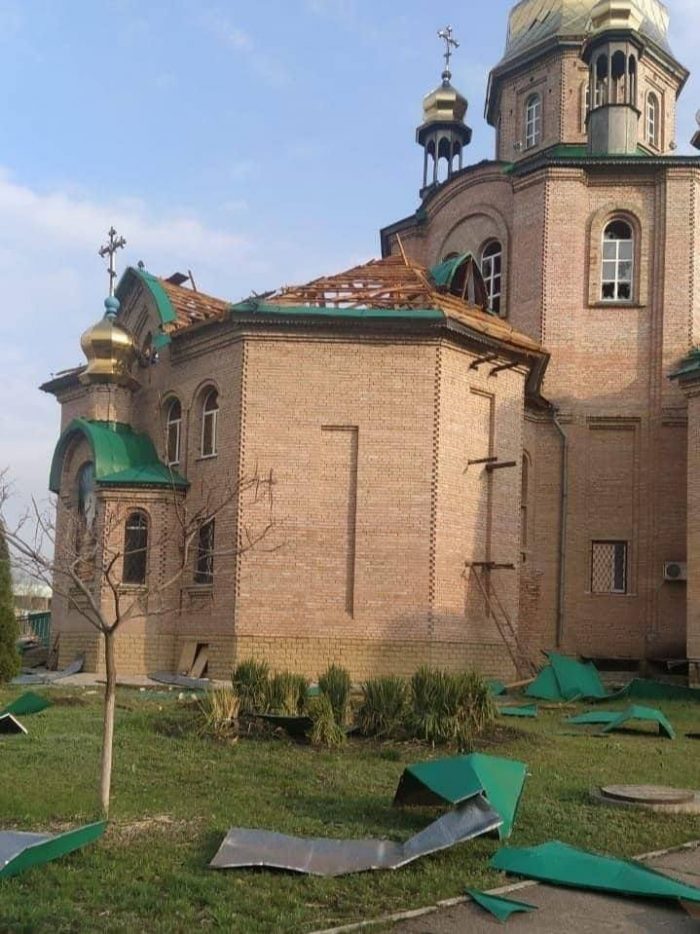 As of 8:00 a.m. on April 18, 2022, during the last three days, 45 civilians had been killed due to the Russian invasion, among them 13 children (excluding all victims in Mariupol, Volnovakha, Kyiv, Luhansk, Kherson, Sumy, Kharkiv and Chernihiv regions). 133 people were injured, including 13 children. 1 civilian was captured, and totally more than 250 civilians were kidnapped by the Russian troops, they are mostly journalists, local government officials of the occupied settlements, the Ukrainian activists, teachers as well.

As of April 17, due to the Russian full-scale invasion against the population of Ukraine, 200 children were killed and 360 were wounded, according to the data of the Office of the General Prosecutor of Ukraine.

One civilian was captured by the Russian troops in the occupied settlements:

In Kyrylivka community (Zaporizhzhia region) on April 17 the Russian military abducted Ivan Maleev – a mayor of the settlement.

New victims. The Russian military is preparing to strike a powerful, devastating blow to the building and territory of the Azovstal plant. However, according to the official information of the head of the Mariupol patrol service Mykhailo Vershinin, a large number of civilians, mostly women and children, are hiding in the underground storage of the plant. If the plant is destroyed, they will all die. Currently, the humanitarian situation at the plant is catastrophic – there is a lack of medicine, food and water. A video of a four-year-old girl, who has been living in the plant’s bunker over 1.5 months among other civilians is below: https://www.footboom.com/ukrainian/news/1650220544–posmotrite-v-eye-glaza-v-nikh-vsja-vojna-vsja-bol-4-letnjaya-alisa-poltora-mesjaca-zhivet-v-bunkere-pod-zavodom-azovstal-video.html?utm_source=ukr.net.news&utm_medium=cpc

Life in Mariupol. A part of Mariupol was captured by the Russian military. They are forcing civilians to register and receive special passes, only with which the residents will have the right to go outside this week. The Russian military is also forcing locals to dismantle the rubble and remove the bodies from the city’s streets. The “payment” for a such work is food and water.

Kyiv – On April 16, 1 civilian was killed in a Russian rocket attack on a residential neighborhood of ​​the city.

Borodianka (Kyiv region) – On April 16, 1 person was found under the rubble of residential buildings.

Gavronshchyna (Kyiv region) – it has become known that during the occupation, the Russian military fired a civilian car of people, who trying to leave the Bucha district. Due to it, 5 people died, including 2 children (1-year-old and 14-years-old). One more car was also found, in which 4 people died under such circumstances, including 1 child.

Zelenodolsk community (Dnipropetrovsk region) – 1 civilian was killed in a rocket attack by the Russian military.

Kramatorsk (Donetsk region) – On April 16, it has become known that the number of civilians killed in the rocket attack on the railway station has increased. Two children died of their injuries at the hospital. The Russian military carried out a missile at the Kramatorsk railway station on April 11. At that time, there were about 4,000 civilians at the station waiting for evacuation trains.

Mariinka (Donetsk region) – On April 16, 1 person was injured in the Russian shelling. On April 17, 1 civilian was killed.

Avdiivka (Donetsk region) – On April 15, 3 civilians, including one child, were wounded in the Russian shelling. On April 16, 1 civilian was wounded.

Zaporizhzhia region: 1 person was killed and 5 were injured.

Vasylivka (Zaporizhzhya region) – 1 person was killed and 5 were injured in a rocket attack by the Russian military on a railway station and residential buildings.

Luhansk region: 4 people were killed and 14 were injured. The information is incomplete. During the 52 days of the war, a new cemetery has appeared in Severodonetsk, where about 400 people were buried.

Zolote (Luhansk region) – on April 17, according to preliminary information, 2 civilians were killed and 4 were wounded due to the Russian shelling.

Rubizhne (Luhansk region) – 7 civilians were wounded in the shelling.

In Kramatorsk (Donetsk region) – on April 17, 1 wounded person was registered – a resident of the Luhansk region.

Luhansk region – On April 16, 1 person was killed and 3 were injured.

Trostyanets (Sumy region) – 5 children were blown up by a mine set up by the Russian military.

Izyum district (Kharkiv region) – the Russian military fired on a civilian car in which a mother, grandmother and a small child were trying to leave the war zone. The grandmother died and the mother was injured.

Novovoontsov community (Kherson region) – On April 16, the Russian military opened fire on teenagers who were walking to buy a bread. One guy was wounded and taken away by the Russians. In the morning the mother found the child in the morgue.