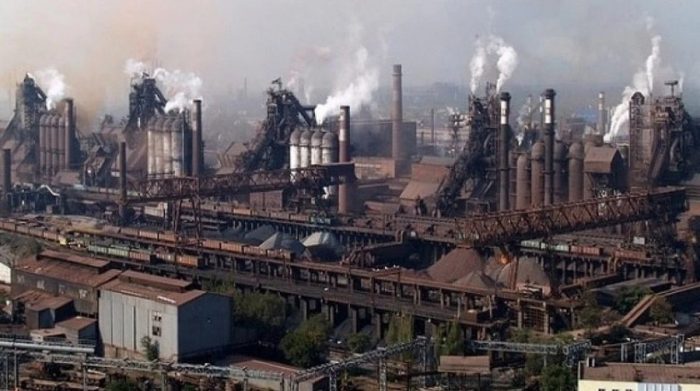 According to Oleksandr Pavliuk, head of the Kyiv Regional Military Administration, one of the high voltage substations in the Brovary district was damaged due to Russian shelling on the morning of April 17. Therefore, more than 25,000 consumers were left without electricity.

The Russian military continues to conduct bombardment of Kharkiv. The head of the Kharkiv Regional Military Administration, Oleh Syniehubov, acknowledged that over the past 24 hours, Russian troops shelled the city 23 times with barrel artillery, MLRS and mortars. There was also one rocket attack on Kharkiv. 3 people were killed and 31 people (including 4 children) were injured due to the shelling. Houses and infrastructure facilities in Pivnichna Saltivka, Piatykhatky, Oleksiivka, the center of Kharkiv, KhTZ, and the town of Derhachi were damaged. In the afternoon, Russian troops shelled the central part of Kharkiv. According to preliminary reports, there are 5 dead and 20 wounded people.

Near Izium, Russian troops are trying to expand their bridgehead on the left bank of the Siverskyi Donets River. The General Staff of the Armed Forces of Ukraine informs about combat reconnaissance in the areas of Zavody, Dmytrivka, and Dibrovne.

In Kharkiv region, the Armed Forces of Ukraine carry out a counterattack. It is reported that the villages of Bazaliivka and Leb‘iazhe near Chuhuiv have been liberated.

In Luhansk region, Russian troops are conducting offensives in the areas of Kreminna, Popasna, Rubizhne, and Novotoshkivske. According to the head of the Luhansk Regional Military Administration, Serhii Haidai, they shelled the center of the town of Zolote. According to preliminary information, 2 people were killed and 4 were injured. In Sievierodonetsk, shells hit the building of the Сathedral of the Nativity of Jesus Christ. In Kreminna, the recently built sports complex “Olimp” was shelled. The area of the fire, according to preliminary estimates, is 2,400 square meters.

In Mariupol, Russian troops are attempting to storm the seaport and Azovstal plant. According to the General Staff of the Armed Forces of Ukraine, missile and bomb strikes continue, including the use of Tu-22M3 strategic bombers. Meanwhile, Mariupol police report that civilians (including women, children and the elderly) are hiding from the shelling at Azovstal. According to journalist Artem Popov, their number could be up to 1,000 people.

Russian troops are also launching attacks in the areas of Marinka and Avdiivka.

The Donetsk Regional Military Administration reports that at least 2 people were killed during the day (in Marinka and Novopillia); 4 more were wounded.

Ivan Arefiev, a representative of the Zaporizhzhia Regional Military Administration, informed that over the past 24 hours, Russian army units continued to launch missile and artillery strikes on civilian infrastructure in the region. Shelling continues on the front line (Kamianske, Orikhiv, Huliaipole, Malynivka).

According to Mykola Lukashuk, chairman of the Dnipropetrovsk Regional Council, the Kryvyi Rih district suburbs were shelled from the territory of Kherson region. As a result of the shelling 1 person was killed.

The shelling of Mykolaiv is ongoing. Due to damage to infrastructure in the temporarily occupied territories, the city has been without water supply for several days.

According to the General Staff of the Armed Forces of Ukraine, Russian troops are exerting fire on Ukrainian positions in the direction of Oleksandrivka (near the border of Mykolaiv and Kherson regions).

Minister for Reintegration of the Temporarily Occupied Territories Iryna Vereshchuk reported that the Ukrainian side did not manage to agree with the Russian military on a cease-fire to evacuate the population. Therefore, humanitarian corridors were not opened on April 17.

More than 563 children suffered in Ukraine as a result of the full-scale armed aggression of the Russian Federation. According to official data from juvenile prosecutors, 202 children were killed and more than 361 were injured.

The head of the Luhansk Regional Military Administration Serhii Haidai draws attention to the critical situation in the town of Popasna. According to him, it resembles the blockaded Mariupol. Russian troops are shelling the city 24 hours a day, preventing people from evacuating. Residents of Popasna have been living in bomb shelters for more than 50 days.

According to Mariupol Mayor’s Office, Russian troops do not allow any humanitarian aid from Ukraine or international organizations into the city. They distribute their own humanitarian aid, but it is minimal (“actually amounts to a loaf of bread and a bottle of water a day”) and catastrophically insufficient. There are also no conditions for the provision of medical assistance to the city’s residents.

The State Emergency Service stated that since work began on April 6, the bodies of 41 people have been retrieved from under the rubble in Borodianka.

The head of the Zaporizhzhia District State Administration in Zaporizhzhia region, Oleh Buriak, said that his 16-year-old son was kidnapped on April 8 at a Russian checkpoint in Vasylivka while an evacuation convoy was moving from Melitopol to Zaporizhzhia.

The Center for Countering Disinformation reported that the occupation administration of Crimea created “re-qualification camps” for representatives of the education sector. There, teachers from Kherson, Kharkov and Zaporizhzhia regions are forcibly forced to switch to “Russian educational standards”.

Oleh Ustenko, an adviser to the President of Ukraine, indicated that Ukraine has requested $50 billion from the G7 to cover its budget deficit.

On April 17, all European Union states with sea or river ports began to apply the EU directive banning ships affiliated with Russia from entering their ports. In particular, Bulgaria banned ships flying the Russian flag from entering its Black Sea ports.

The Deputy Head of the Office of the President of Ukraine, Ihor Zhovkva, reported that the Ukrainian side had already filled in the questionnaire necessary for Ukraine to obtain the EU candidate status, which was brought to Kyiv on 8 April by a delegation headed by the President of the European Commission, Ursula von der Leyen.

Volodymyr Zelenskyi invited French President Emmanuel Macron to visit Ukraine and make sure that Russia’s crimes against Ukrainian citizens are “nothing but genocide”. Zelenskyi said this during an interview with the American TV channel CNN.