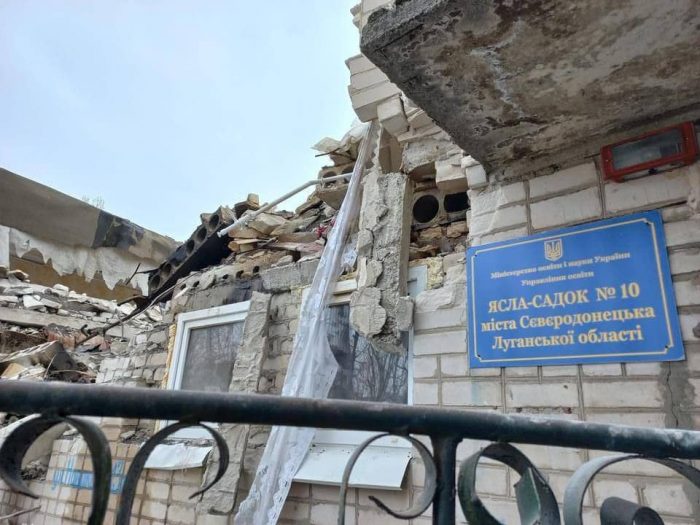 As of 8:00 a.m. on March 17, 2022, 39 civilians (not including casualties in Mariupol and Luhansk Oblast), including 3 children, were killed in the last 24 hours as a result of the Russian invasion, and 25 civilians, including 1 child, were wounded. 3 civilians were captured.

As of March 16, Russia’s full-scale war against Ukraine’s population has killed 103 children and injured about 100 children, according to the Office of the Prosecutor General of Ukraine.

On March 16, 2 people were taken captive in Skadovsk (Kherson region): the town’s mayor, Oleksander Yakovliev, and his deputy. Their fate is still unknown. In Skadovsk, civilians are protesting against Russian troops and the occupation.

The critical situation in and around the city of Mariupol:

The Russian leadership and Russian troops have not allowed a single humanitarian corridor into Mariupol during the 21 days of war. All attempts by the Ukrainian authorities, together with international humanitarian organizations, to agree and provide humanitarian aid failed because of the position of the Russian side.

Moreover, on March 16, the Russian military allowed the evacuation of civilians with cars from Mariupol. Approximately 2,500 vehicles (11,000 civilians) left. However, the Russian military near Zaporizhzhia region opened fire from Grad systems on the evacuation vehicles that were on their way from Mariupol. 5 civilians were wounded as a result of this shelling, including 1 child in serious condition.

On March 16, Russian aviation carried out airstrikes on the Neptun sports complex, where women, pregnant ladies, and children were hiding from the shelling. The number of casualties is not yet known.

On March 16, Russia dropped a powerful bomb on the Mariupol Drama Theater building. Hundreds of civilians were hiding from the shelling in the building. Wounded people had nowhere to go as the hospitals were destroyed. Satellite images taken by the American private company Maxar Technologies on March 13 showed that the word “CHILDREN” was written in huge letters on the pavement in front and behind the theater. So the Russian pilots could not have failed to see this inscription. However, in spite of this, the Russian air force bombed.

According to MP Serhiy Taruta, a native of Mariupol, the city is currently cordoned off by Russian elite units numbering about 12,000 to 14,000. Every day Russia is bombarding the city from the air with 25 Russian warplanes flying in from Sevastopol (the territory of the Autonomous Republic of Crimea, illegally occupied by Russia since February 2014).

Learn more about the brutality and destruction of civilians in Mariupol by the Russian military in the video message of Azov regiment deputy commander S. Palamar at https://mind.ua/news/20237857-te-shcho-vidbuvaetsya-v-mariupoli-genocid-proti-ukrayinskoyi-naciyi.

Chernihiv – 13 people died as a result of heavy artillery fire by the Russian army in a residential area of the city. All of them were standing in the street in a bread queue at the time of the shelling. In addition, 5 dead, including 3 children, were found under the wreckage of a dormitory that had been shelled by Russian missiles.

Rivne (Rivne region) – the death toll from the airstrike on the TV tower rose to 21.

Kyiv – 1 person was killed and 3 wounded as a result of rocket attacks.

Kharkiv – as a result of artillery fire by Russian troops at a market in Kharkiv, 3 people were killed and 5 wounded.

Kharkiv region – a total of 10 civilians were killed in the region as of 18:00 on March 16, according to the official information of the Kharkiv National Police.

Zaporizhzhia – as a result of rocket attacks on one of the residential areas of the city, 1 person was wounded.