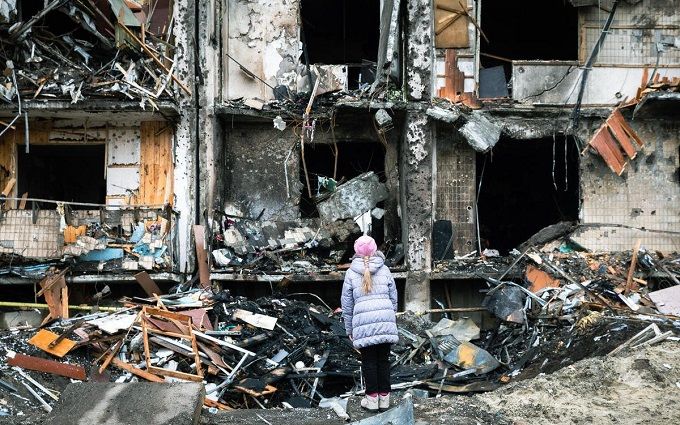 As of 8:00 a.m. on March 15, 2022, according to incomplete information, 37 civilians (not including those killed in Mariupol, Volnovakha and Luhansk region), including 2 children, were killed in the past 24 hours. 37 people were injured.

According to the official information of the head of the Office of the Prosecutor General of Ukraine, since the beginning of the full-scale invasion by Russia, 90 children have been killed and about 100 wounded.

As of 8:00 a.m. on March 15, 2022, according to official information from the Mariupol City Council, 2,357 Mariupol residents have been killed by Russian aggressors since the beginning of the invasion. The Russian army deliberately keeps Mariupol under a tight siege, not opening humanitarian corridors for local residents to leave, not allowing people to be provided with food, drinking water, and necessary medical care in order to pressure Ukraine during negotiations and force it to give up parts of Ukrainian territory along the Sea of Azov. During the March 13 meeting of Ukrainian and Russian foreign ministers in Turkey, the main issue for Ukrainian Foreign Minister Dmytro Kuleba was to get Russian approval for humanitarian aid to Mariupol. Sergey Lavrov promised to resolve this issue in Moscow, but Russian troops have not allowed Ukraine to provide humanitarian aid to Mariupol residents in recent days.

Foreign journalists: American Fox News journalist Ben Hall was wounded while preparing a news report near Kyiv. The journalist is in serious condition. Two other journalists of the Fox News camera crew are missing. Ben Hall is in the hospital, he underwent several operations, the nature of the injuries indicates that the entire film crew (3 journalists) came under mortar or artillery fire.

According to preliminary information from Iryna Venediktova, Head of the Office of the Prosecutor General of Ukraine, another journalist from the UK was seriously wounded on March 14. He is currently in hospital.

Two Ukrainian journalists were kidnapped in Kakhovka and Nova Kakhovka in the Kherson region.

Kyiv – 2 people were killed and 19 wounded in rocket attacks by the Russian military on residential high-rise buildings in various districts of Ukraine’s capital.

Vorzel (Kyiv region) – Russian occupants shot and killed a well–known Ukrainian scientist, physicist Vasyl Kladko, as he was transporting his family out of the Russian-occupied city.

Hostomel (Kyiv region) – 1 person was killed and 1 wounded as a result of the shelling of a convoy of civilians trying to evacuate the town.

Novi Petrivtsi (Kyiv region) – 1 person was killed and 1 wounded as a result of Grad shelling.

Kharkiv – 1 person died and 1 person was injured as a result of rocket attacks, which hit a car with volunteers.

Balakliya (Kharkiv region) – 2 civilians injured as a result of the shelling.

Chuhuiv (Kharkiv region) – a kindergarten was shelled, and the body of a teenager was found under the rubble.

Avdiivka (Donetsk region) – 2 civilians were killed and 2 were injured as a result of Grad artillery shelling.

Kramatorsk (Donetsk region) – 3 people were killed as a result of rocket and artillery fire by Russian forces.

Chernihiv – 10 civilians were killed as a result of air and artillery shelling of residential buildings and infrastructure facilities (Vodokanal, Chernihivgas, etc.). Currently, the city has no heating, water or electricity.

Okhtyrka (Sumy region) – according to preliminary information, 3 civilians were killed as a result of airstrikes on residential neighborhoods.