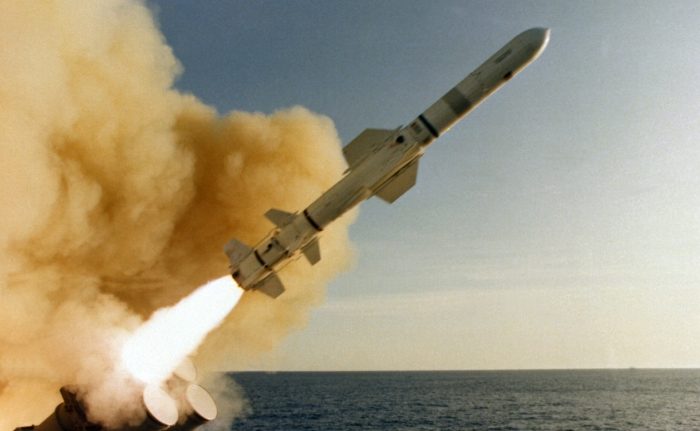 Russian troops intensified their offensive in Donetsk and Luhansk regions. They managed to advance in several directions, occupying certain populated areas and threatening to encircle the group of the Armed Forces of Ukraine defending Sievierodonetsk. Heavy fighting continues on the front line, with the Ukrainian military regrouping in some areas as necessary and retreating to alternate positions.

Russian troops near Kharkiv are concentrating their efforts to hold their positions in an attempt to prevent the Armed Forces of Ukraine from reaching the state border. They continue shelling the territory of the Kharkiv region. After prolonged period of preparation, there are attempts to resume the offensive near Izium.

On the territory of Luhansk region, the main efforts of Russian troops are focused on encircling Sievierodonetsk. As a result of the offensive from the area of Popasna, they were able to advance, bypassing the defenders of the city from the south. They are now able to bombard the key Bakhmut-Lysychansk route, which supplies the Ukrainian grouping in Sievierodonetsk. However, according to Serhii Haidai, head of the Luhansk Regional Military Administration, traffic along the route is still not blocked.

In the north of the Donetsk region, Russian troops resumed their offensive in the Lyman area. They managed to break into the territory of the town. In the vicinity of Donetsk, intense fighting continues around Avdiivka. The town received significant damage as a result of shelling, and centralized evacuation from it is impossible.

In addition, given the local successes of Russian forces advancing north from Popasna in the direction of Bakhmut, the Armed Forces of Ukraine were forced to regroup and retreat to new positions near Svitlodarsk. As a result, Russian forces captured the town.

Artillery and air strikes continue to be carried out against populated areas in Donbas. Between May 23-25, 19 people were killed and 28 wounded in the region.

The Russian military is regrouping near Zaporizhzhia. They are preparing to resume an offensive in this direction, or trying to draw back parts of the Ukrainian Armed Forces from the Donetsk direction with their demonstrative preparations.

The shelling of the territory of Zaporizhzhia region is ongoing. On May 25, a missile strike was launched against Zaporizhzhia. Cruise missiles hit residential infrastructure and a shopping mall. The Zaporizhzhia Regional Military Administration reported that at least 60 houses were damaged, 1 person was killed, and 3 were wounded.

Russian forces continue to strike railroad infrastructure and industrial facilities in the Dnipropetrovsk region. According to Valentyn Reznichenko, head of the Dnipropetrovsk Regional Military Administration, four missiles struck railroad infrastructure near Dnipropetrovsk on May 23. In this way, the Russian military seeks to complicate the logistics of supplying Ukrainian Armed Forces units on the front line. On May 25, three missile strikes were launched against a mining enterprise and the airport in Kryvyi Rih.

In addition, Russian troops continue to fire artillery and MLRS at border areas in the Dnipropetrovsk area adjacent to the Kherson region.

The General Staff of the Armed Forces of Ukraine reported that Russian troops are deploying additional S-400 air defense divisions in Crimea. They are probably responding to information about the transfer of Harpoon anti-ship missiles to Ukraine and trying to strengthen the defense of the Russian flotilla in the Black Sea.

Shelling of populated areas in Mykolaiv region near the border with Kherson region persists. At the beginning of the week, it resulted in the wounding of at least 15 civilians.

Russian President Vladimir Putin signed a decree on a simplified regime for issuing Russian citizenship to the population of the temporarily occupied territories of the Kherson and Zaporizhzhia regions of Ukraine. Such actions reveal the aggressive plans of the Russian authorities towards these regions. The Office of the President of Ukraine once again stressed that the matter of the sovereignty and territorial integrity of the state is a red line, so there will be no compromises on it.

According to the Office of the UN High Commissioner for Human Rights, as of May 25, the number of civilian casualties in Ukraine since Russia’s large-scale invasion began on February 24, 2022, is 8628 (3974 killed and 4654 wounded). As of the morning of May 25, more than 671 children were affected by the armed aggression of the Russian Federation in Ukraine. According to official data, 238 children were killed and more than 433 were injured.

More than 6.6 million people have fled Ukraine and become refugees as a result of the Russian invasion since February 24.

Speaking at the World Economic Forum in Davos, Ukrainian President Volodymyr Zelenskyi made public information about losses of the Ukrainian Armed Forces as a result of a missile strike on a training center in Desna in the Chernihiv region, which took place on May 17. According to him, the bodies of 87 dead were found under the rubble on the territory of the facility.

The latest facts of Russian war crimes on the territory of Ukraine are emerging. In the Kyiv region, 1,297 bodies of people who had been killed during the temporary occupation of part of the region by Russian troops were found. The expert examination established that half of the dead were killed with small arms, i.e., they were purposefully liquidated by the Russian Armed Forces.

The systematic annihilation of civilians and infrastructure in Mariupol, according to estimates, could have resulted in the deaths of more than 22,000 residents of the city. Mariupol found itself on the brink of a humanitarian catastrophe without light, water, or communications.

The head of the Luhansk Regional Military Administration reported difficulties with the evacuation of the region’s population and the delivery of humanitarian goods as a result of active hostilities. Currently, there are no safe evacuation routes from the territory of Luhansk region. Russia is trying by all means to complicate transport communication in the territory of Luhansk and Donetsk regions to worsen the humanitarian situation in the region. For example, on May 23, an evacuation bus with civilians came under fire from the Russian military.

Viacheslav Chaus, head of the Chernihiv Regional Military Administration, indicated that 90% of the destroyed and damaged buildings in the region were housing facilities. Thus, it can be stated that the Russian military targeted residential buildings. In addition, more than 20 bridges were destroyed in the region, as well as transport infrastructure.

Significant damage was done to the Ukrainian environment during the war. As of May 24, 254 cases of ecocide have been confirmed and 1,500 cases of destruction of the Ukrainian environment have been recorded. Such destructive activities of the Russian military threaten the environmental security of Ukraine and neighboring states in the Black Sea region. An example of this is the threat of hydrogen sulfide leaks from Azovstal to the Sea of Azov.

The Ukrainian government reported that Ukraine will begin the phased construction of a narrow European track at major railroad hubs and cities to connect its railroad with the European one. Such measures are intended to simplify overland transportation routes for Ukrainian goods, which remain the only way to trade under the maritime blockade of Black Sea ports by the Russian fleet.

Ukrainian Prime Minister Denys Shmyhal said at the World Economic Forum in Davos that as a result of hostilities in Ukraine, more than 200 factories and large enterprises were damaged, destroyed or seized. Also about 25 thousand km of roads were damaged, 40 million square meters of housing and 12 airports were destroyed.

On May 23, Ukrainian President Volodymyr Zelenskyi addressed the participants of the World Economic Forum in Davos. He called the situation that Ukraine and the world are now experiencing a pivotal moment and urged to strengthen sanctions against Russia: imposing an embargo on the purchase of Russian oil, expanding the blocking of Russian banks, rejecting the Russian IT sector and Russian goods. Zelenskyi suggested that companies that have left the Russian market should continue to work in Ukraine and also called on them to join the post-war recovery.

Ukrainian President Volodymyr Zelenskyi continues an intensive dialogue with Western leaders. In recent days, he had telephone conversations with European Council President Charles Michel and Canadian Prime Minister Justin Trudeau, discussing assistance to Ukraine and strengthening sanctions against Russia. In addition, the President of Ukraine discussed with President of Liberia George Weah ways out of the food crisis, which was provoked by Russia, and could also had a conversation with Austrian Chancellor Karl Nehammer.

The blockade of Ukrainian Black Sea ports by the Russian navy, which prevents agricultural exports and could lead to a food crisis of global proportions, is being actively discussed internationally. Ukraine’s partners are currently looking for means to resolve the situation. One of the options proposed by Lithuania and Estonia is to provide an escort to ships carrying Ukrainian grain. However, this creates an additional danger of a direct collision with the Russian Navy. Russia is using this issue to blackmail the West, demanding the removal of sanctions in exchange for opening a corridor for transport ships.

Ukraine continues to receive military support from its partners. On May 23, the second meeting of the Contact Group on Ukraine at the level of defense ministers took place. Some 20 countries presented new military assistance packages to Ukraine. According to Pentagon chief Lloyd Austin, among those who announced new assistance during the online meeting in the Ramstein format were Italy, Denmark, Greece, Norway, Poland, and the Czech Republic. In particular, Denmark pledged to send Ukraine Harpoon anti-ship missile systems, while the Czech Republic has already provided Mi-24 attack helicopters, tanks, and missile systems. On May 25, Lithuanian Defense Minister Arvydas Anušauskas announced that a new shipment for Ukraine was being prepared, which included M113 armored personnel carriers and vehicles.

At the same time, financial credit assistance from partner states is increasing. In particular, Ukraine received 13 billion yen ($100 million) under a loan agreement signed with Japan. The International Bank for Reconstruction and Development transferred a credit tranche of 79.5 million euros to Ukraine from the Netherlands. The Ministry of Finance signed an agreement with the German State Development Bank to provide Ukraine with a 150 million euros loan to finance social expenditures.

The EU keeps implementing measures to support Ukraine’s economy. In particular, on May 24, the Council of the European Union adopted a decision that allows it to cancel all duties and quotas on exports from Ukraine.

On May 25, the European Commission proposed to make it a crime to evade the sanctions imposed against Russia and also presented a mechanism for confiscation of income that violators of the sanctions regime received in circumvention of the restrictive measures. The Commission also put forward a proposal for an asset recovery and confiscation directive. Its main objective is to ensure that criminals do not receive improper proceeds and do not commit new crimes. A few days earlier, Lithuania, Latvia, Estonia and Slovakia called for confiscation of Russian assets frozen by the EU in order to use them to rebuild Ukraine. At the same time, on May 23, Ukrainian President Volodymyr Zelenskyi signed a law providing for confiscation of assets of those who support Russia’s armed aggression against Ukraine.