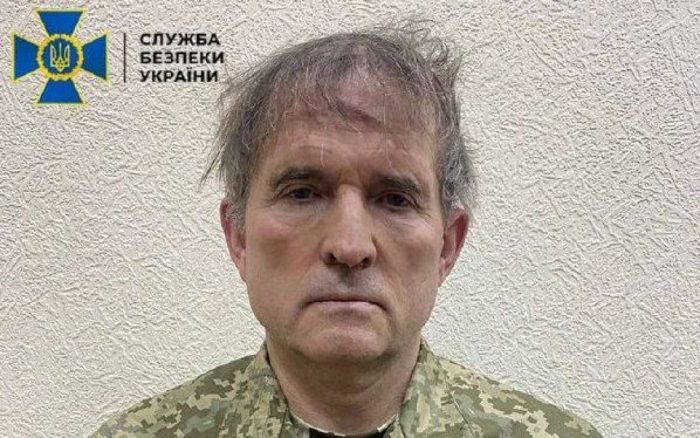 Russian forces continue attacks in the area of the Joint Forces operation in order to reach the administrative borders of Donetsk and Luhansk regions. The threat of missile attacks against military and civilian infrastructure throughout Ukraine remains relevant.

According to the General Staff of the Armed Forces of Ukraine, Russian troops are regrouping their units near Izium, focusing on maintaining a pontoon crossing over the Siverskyi Donets River.

Shelling of residential areas in Kharkiv, Derhachi, and Piatykhatky continues.

In Luhansk region, Russian troops attempted to improve their tactical position in the areas of Popasna, Rubizhne and Nyzhnie settlements. In the Svatove area, Russian engineering units attempted to rebuild railway bridges to simplify the group’s logistics.

Russian troops continue shelling residential houses in Luhansk region. In particular, according to Serhii Haidai, head of the Luhansk Regional Military Administration, the residential areas of Rubizhne, Lysychansk, Sievierodonetsk, and Novodruzhesk were hit the hardest. 1 person died as a result of the shelling in Novodruzhesk. Also in Kreminna, a fire broke out at a utility facility. Due to damage to communications in Sievierodonetsk there is no light, water and gas.

Fighting for Mariupol continues in the Donetsk region. Russian troops, supported by aircraft, are attacking the territory of the seaport and Azovstal metallurgical complex.

According to the Donetsk Regional Military Administration, at least 3 civilians (including 1 child) were wounded in the area during April 12.

Ivan Arefiev, a representative of the Zaporizhzhia Regional Military Administration, informed that Russian troops are trying to advance in Zaporizhzhia region, but the soldiers of the Armed Forces of Ukraine hold their ground.

According to Serhii Hamalii, head of the Khmelnitskyi Regional Military Administration, Russian troops launched a missile strike against an infrastructure facility in the Khmelnitskyi region on the night of April 12. There were no injuries or fatalities.

The State Service of Special Communications and Information Protection of Ukraine reports that a large-scale hacker attack on the facilities of the Ukrainian energy sector has been prevented.

Minister for Reintegration of the Temporarily Occupied Territories Iryna Vereshchuk reported that 2,671 people were evacuated through humanitarian corridors on April 12. From Mariupol and Berdiansk 2,343 people (208 Mariupol residents and 2,135 residents of Zaporizhzhia region from Polohy, Vasylivka, Berdiansk and Melitopol) reached Zaporizhzhia in their own vehicles. However, Iryna Vereshchuk said that convoys of buses that left Zaporizhzhia to evacuate people from Berdiansk, Tokmak and Enerhodar remain blocked by Russian troops at the checkpoint in Vasylivka.

As of April 11, the Office of the UN High Commissioner for Human Rights recorded 4,450 civilian casualties in Ukraine as a result of Russian aggression (1,892 dead, 2,558 wounded). As of April 12, according to juvenile prosecutors, more than 530 children were injured as a result of the armed invasion of Ukraine by the Russian Federation (186 children killed, more than 344 children injured).

Verkhovna Rada Commissioner for Human Rights Liudmyla Denisova reported about sexual crimes committed by the Russian military in the temporarily occupied territories. According to her, about 25 girls and women aged 14 to 24 were raped during the occupation in the basement of a house in Bucha, Kyiv region.

Bucha Mayor Anatolii Fedoruk revealed that 403 bodies of murdered and tortured people had been found in the city. According to him, on April 12, the exhumation of bodies from the second mass grave, where 56 people are buried, began in the city.

Andrii Niebytov, head of the Kyiv Region Police, reports that as of April 12, 720 bodies of civilians killed by the Russian invasion have been found in the Kyiv region since the start of the war. Over 200 more have been reported missing.

The head of the Donetsk Regional Military Administration, Pavlo Kyrylenko, indicated that the Russian military is once again blocking the evacuation of civilians in their own vehicles from Mariupol. According to Vadym Boichenko, the mayor of the city, the number of dead residents in Mariupol may reach 20 thousand. The Mariupol City Council reported that the homes of 84 thousand Mariupol residents (about 2 million square meters of housing) were completely destroyed. According to preliminary calculations by the city council, the total need to rebuild the city’s infrastructure has risen to $12.5 billion.

The mayor of Mykolaiv Oleksandr Sienkievych published data on the city’s losses due to the Russian invasion, which on April 12 amounted to more than 110 million hryvnias. In Mykolaiv, among other damages, 46 educational facilities, 5 health facilities, 5 institutions of physical education and sports, 3 institutions of social protection were affected. There were 550 complaints from citizens about damage to the housing sector.

In the northern regions of Ukraine, which have been liberated from occupation, the threat of mines remains acute. President Volodymyr Zelenskyi reported that Russian troops left tens of thousands of explosive objects (unexploded shells; mines; trip wires), which leads to the death of civilians. On April 11, a car exploded on the Kyiv-Chernihiv highway, killing the driver.

The head of the Luhansk Regional Military Administration, Serhii Haidai, stated that the Russian occupation administration announced another wave of mobilization of men under the age of 65 in Luhansk. He urged people who had been forcibly mobilized for the war to immediately surrender to the Ukrainian military.

After a three-week captivity, Viktor Maruniak, the head of of Stara Zburivka in the Kherson region, returned home.

The Ukrainian Ministry of Finance forecasts Ukraine’s state budget deficit to grow from $2.7 billion in March to $5-7 billion in April and May.

Volodymyr Zelenskyi signed a law introducing a full guarantee of return of bank deposits in case of bank withdrawal from the market during martial law and three months after its end.

According to Finance Minister Serhii Marchenko, estimates of infrastructure losses due to the war have risen to $270 billion, up from $120 billion in March.

Bloomberg reports that gas prices in Europe rose on Tuesday as Russian Gazprom cut gas transit through Ukraine to 68 percent of the guaranteed volume of its transit agreement with Russia.

Ukrainian Prime Minister Denys Shmyhal announced that a sowing campaign has begun in all regions of the state, except Luhansk. Agrarians have been provided with preferential financing in the amount of 3.5 billion hryvnias.

Prime Minister of Ukraine also informed that at present more than 250 manufacturing enterprises with the support of the state have been moved to other regions because of the threat of hostilities. Of these, 121 companies are already fully operating in their new location. Another 430 production facilities are waiting for their turn to be relocated.

The Security Service of Ukraine has detained Viktor Medvedchuk, a pro-Russian politician accused of treason and who escaped from house arrest after a large-scale invasion by Russian troops. Medvedchuk is considered an important figure in the structure of the Russian net of agents in Ukraine.

President of Ukraine Volodymyr Zelenskyi addressed the Lithuanian parliament. He spoke about the war crimes committed by the Russian military on the territory of Ukraine and condemned the indecision of the EU to impose sanctions against Russia (including the oil embargo). Zelenskyi also thanked Lithuania for its support and invited it to join the project for the reconstruction of Ukraine.

Ukrainian Prime Minister Denys Shmyhal had a conversation with President Ignazio Cassis of Switzerland, discussing the consequences of Russian aggression and the economic situation in Ukraine. The head of the government also thanked Switzerland for its support and agreed to hold a conference on the reconstruction of Ukraine.

U.S. President Joe Biden called Putin a “dictator” who “commits genocide” in Ukraine. His speech was the first time that Biden or members of his team called Russia’s actions “genocide”. Previously, they described them only as war crimes.

The President of Germany, Frank-Walter Steinmeier, stated that due to Russia’s war against Ukraine, the Federal Republic of Germany decided to change its “security philosophy” and to supply weapons to combat zones. Steinmeier assured that the German and Ukrainian governments were in contact with each other to determine the number and size of weapons to be transferred to Ukraine by the FRG.

The Guardian reports that Russia is receiving ammunition and military equipment from Iraq for military operations in Ukraine with the help of Iranian arms smuggling networks. According to journalists, this signals a dramatic change in Russian strategy as Moscow is forced to rely on Iran (its military ally in Syria) after new sanctions triggered by the invasion of Ukraine.

The World Bank is preparing a $1.5 billion support package for Ukraine, including a $1 billion payment from the development fund for the poorest countries. World Bank President David Malpass said support for Ukraine would include providing essential services, including salaries for hospital workers, as well as pensions and social programs.