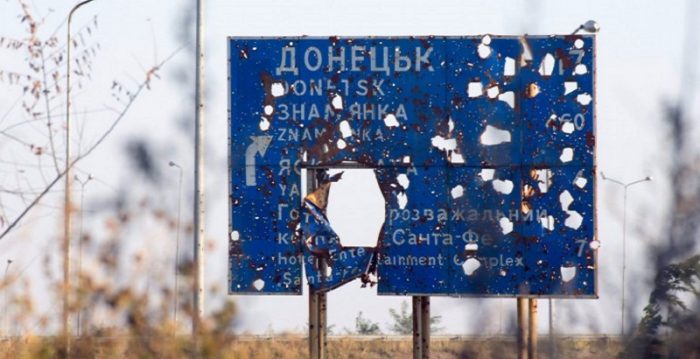 Russian forces continue to attempt to break through the Ukrainian Armed Forces’ positions near Izium. The General Staff of the Armed Forces of Ukraine considers it likely that their actions will intensify in the direction of Sloviansk in Donetsk Region (main strike) and Barvinkove in Kharkiv region (auxiliary strike). During the day, there were attacks in the direction of Dovhenke and Dmytrivka in Kharkiv region, but they were repulsed.

Further attacks are also not ruled out in Kharkiv, which remains partially blockaded and continues to be under shelling. During the day, the shelling in Kharkiv region killed 10 people (including 1 child) and injured 11 others.

In Luhansk region, Russian forces are seeking to take control of the settlements of Rubizhne, Popasna, and Nyzhnie. Attacks continue in the area of Zolote.

According to Serhii Haidai, head of the Luhansk Regional Military Administration, the Russian military shelled the city of Sievierodonetsk. Two residential buildings and a private clinic were damaged. At the same time, according to Haidai, the entire infrastructure in the city was completely destroyed.

Russian troops storm the city of Mariupol. Fighting continues around the Azovstal plant and the seaport. The General Staff of the Armed Forces of Ukraine considers possible intensification of attacks in the direction of Avdiivka and Kurakhove.

As a result of shelling in Donetsk region, at least 2 people were killed during the day (in Vuhlehdar and Ivanivka). 4 were wounded: 2 in Ivanivka, 1 in Sloviansk and 1 in Pokrovsk.

In addition, Russian troops struck the territory of Dnipropetrovsk region. In Pavlohrad district, a missile hit an industrial facility. In Dnipro district, a farm building burned down.

The head of the Mykolaiv Regional Military Administration Vitalii Kim reported an explosion in the city. So far, 1 casualty is reported.

According to the General Staff of the Armed Forces of Ukraine, separate units of Russian troops fired artillery at Ukrainian positions near the border between Kherson and Dnipropetrovsk regions (the settlements of Vysokopillia, Trudoliubivka and Marianske).

In Kherson region, Russian troops are trying to organize mass events, which should demonstrate the population’s support for the occupation of the region. A corresponding rally was held in Nova Kakhovka, but only a few dozen people, who were brought to the event in a centralized manner, took part in it.

Minister for Reintegration of the Temporarily Occupied Territories Iryna Vereshchuk reports that 2,824 people (213 Mariupol residents and 2,409 residents of towns in Zaporizhzhia region) were evacuated through humanitarian corridors during April 10.

The Office of the UN High Commissioner for Human Rights reports that as of April 10, there were 4,232 civilian casualties (1,793 dead and 2,439 wounded) as a result of the armed attack by the Russian Federation in Ukraine. Juvenile prosecutors inform that more than 513 children in Ukraine suffered as a result of the armed invasion of the Russian Federation (176 children killed, more than 336 injured).

Prosecutor General Iryna Venediktova reveals that as of the morning of April 10, the bodies of 1,222 residents who died during the Russian occupation were found in the Kyiv region. Verkhovna Rada Commissioner for Human Rights Liudmyla Denisova provided information about new cases of murder, torture, and sexual abuse of civilians by the Russian military in the Kyiv, Chernihiv, and Kherson regions.

The Verkhovna Rada Commissioner for Human Rights Liudmyla Denisova said that Russian authorities started to issue passports to Ukrainian citizens who had been forcibly transported from Ukraine to different regions of the Russian Federation. It is known that more than 400 residents of Mariupol forcibly deported from Ukraine are in a camp in the Penza region of Russia. According to Denisova, the camp houses mostly women and 147 children of all ages, including infants.

Pavlo Kyrylenko, head of the Donetsk Regional Military Administration, provided updated information about the victims of the April 8 rocket attack on the train station in Kramatorsk. According to the latest data, 57 people were killed and 109 were injured.

The press service of the Main Intelligence Directorate of the Ministry of Defense reports that the Russian occupation administration is conducting a new wave of mobilization on the temporarily occupied territories of Donetsk and Luhansk regions, including mobilizing people not subject to conscription (employees of “strategic enterprises”).

It became known that about a week ago, the Russian military detained Ukrainian writer and volunteer Volodymyr Vakulenko in Izium (Kharkiv region).

The mayor of Irpin Oleksandr Markushyn announced the beginning of work on the laying of a water pipeline from Kyiv, which should solve the problem of water supply in the city liberated from the occupation. The Red Cross allocated 20 million hryvnias for the project.

Residents of Kherson continue to hold pro-Ukrainian rallies. One such protest against the temporary Russian occupation took place in Kherson. However, Russian troops fired warning shots to disperse the peaceful rally.

A mini-football tournament was held in the temporarily occupied town of Hola Prystan in the Kherson region under the slogan “Hola Prystan is Ukraine”.

The World Bank predicts that production in Ukraine may decline by 45.1% this year because of the Russian aggression, which has led to the closure of businesses, reduced exports and made economic activity impossible in parts of the state.

The Ministry of Agrarian Policy and Food of Ukraine predicts that according to the pessimistic scenario 70% of the cultivated areas in Ukraine may be sown this year. If the Chernihiv and Sumy regions manage to demine in the coming weeks, the sowing area could increase to 80%.

Ukrainian President Volodymyr Zelenskyi had a telephone conversation with German Federal Chancellor Olaf Scholz, during which they discussed the topic of defense and financial support for Ukraine, punishment for war crimes and the imposition of sanctions against Russia.

The president’s office reports that Ukraine has prepared proposals for the sixth package of EU sanctions against Russia. At the same time, the Ministry of Infrastructure of Ukraine stated that the European Commission left a number of waivers that create opportunities to bypass the new batch of sanctions imposed against Russia.

EU ambassador to Ukraine Matti Maasikas announced that Ukraine might be granted candidate country status for EU membership within a few months.

The Ukrainian government denounced three international agreements on education and science with the Republic of Belarus because of the Belarusian regime’s support for Russia’s large-scale war against Ukraine.