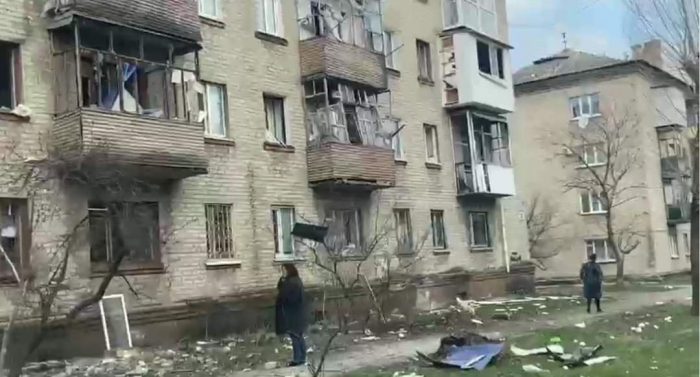 According to preliminary official data of the Office of the General Prosecutor of Ukraine as of April 10, 1222 people were killed by the Russian troops in the Kyiv region.

63 people were captured in Russia’s occupied settlements of the Zaporizhzhia region at the moment, including 10 representatives of the local authorities and 1 journalist. The main reason of the capturing is a refusal to cooperate with occupational authorities and their Ukrainian position.

As of 8:00 a.m. on April 11, 2022, during the last 24 hours, approximately 374 civilians had been killed due to the Russian invasion, among them 3 children, including the preliminary official data about 352 victims in the Kyiv region, whom were found after the liberation from the Russian military (excluding all victims in Mariupol, Volnovakha, Luhansk, Kherson, Sumy, Kharkiv and Chernihiv regions). 35 people were injured. 6 civilians were captured, and totally more than 200 civilians were kidnapped by the Russian troops, they are mostly journalists, local government officials of the occupied settlements, the Ukrainian activists, teachers as well.

As of April 10, due to the Russian full-scale invasion against the population of Ukraine, 177 children were killed and 336 were wounded, according to the data of the Office of the General Prosecutor of Ukraine.

Six civilians were captured by the Russian troops in the occupied settlements:

1. In the Zaporizhzhia region the Russian military kidnapped a former member of the Ukrainian Parliament – Serhiy Valentyrov.

2. In the Donetsk region the Russian military kidnapped Volodymyr Karaberov – a head of the Manhush community.

3. In the Donetsk region the Russian military kidnapped Vasyl Mitko – a head of the Nikolska community.

6. In Melitopol (Zaporizhzhia region) the Russian military kidnapped an elderly man – a former employee of the Security Service of Ukraine.

Bucha (Kyiv region) – another mass grave was found,300 civilians were buried in it.

Peremoha (Kyiv region) – 9 civilians, including one child, were killed while trying to leave the Russia’s occupied village. The Russian military fired on 5 civilian cars in which people were driving.

Buzova (Kyiv region) – according to preliminary estimates of the local authorities in the village killed at least 50 residents. A mass grave was found. A car was shot in which a 17-year-old boy and his mother died was also found.

Dnipropetrovsk region: 1 person was killed and 6 were injured.

Dnipro – 6 rescuers were wounded by cruise missiles strikes on the airport.

Synelnykivskyi district (Dnipropetrovsk region) – a man who picked up a cluster shell died.

Kramatorsk – the number of dead among the civilian population due to the shelling of the railway station had increased from 52 to 57, wounded – from 109 to 114 people.

Vuhledar – as a result of shelling by Russian troops, 1 person was killed and 1 was injured.

Ivanivka – 1 person was killed and 2 were injured.

Zolochiv (Kharkiv region) – 4 civilians were injured in the shelling of residential neigborhoods.

Kharkiv region – the Russian military fired on the road near Kharkiv, at which delivers humanitarian aid and evacuates people. One person was killed and two were injured.

Pisochyn (Kharkiv region) – 2 civilians were killed and 3 were injured in the Russian shelling.