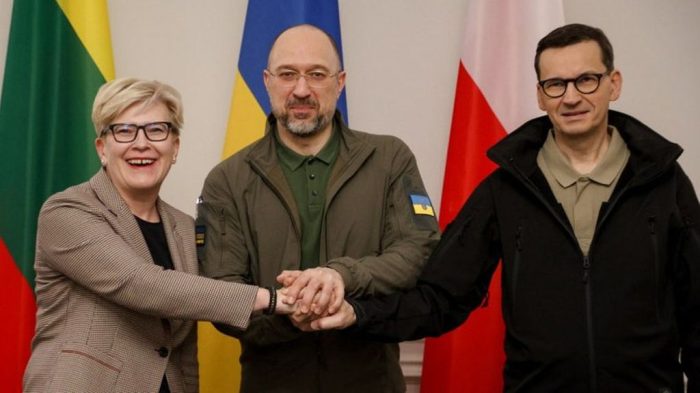 Ukraine continues to restore the energy system, which was significantly damaged after the missile attack on November 23. Positional fighting goes on at the frontline, partly due to weather conditions that complicate offensive operations for both sides. The Ukrainian Armed Forces use high-precision weapons to strike at logistics and bases of Russian troops in the temporarily occupied territories. Russian troops continue artillery and missile attacks on the frontline areas and border territories of Ukraine. The shelling of the recently liberated right bank of Kherson region is particularly intense.

Russian troops are holding the line in the area of Svatove, but are trying to take the offensive further south in an attempt to regain lost ground and push the Ukrainian Armed Forces to the north of Donetsk region.

Russian troops continue attacks near Bakhmut, Avdiivka and Vuhledar. The shelling of civilian infrastructure does not stop, as a result of which at least 7 people were killed and 15 people were wounded in the Donetsk region on November 24–27.

Systematic shelling of Zaporizhzhia and its outskirts is ongoing. In the evening of November 24, they once again launched a rocket attack on the regional center, as a result of which the hospital building was damaged. On the night of November 27, as a result of another missile strike, a fire broke out on the territory of an agricultural enterprise.

Russian troops intensified shelling of Kherson region with rocket and cannon artillery. According to the Kherson City Council, on November 24 alone, the Russian military shelled Kherson 17 times and fired 49 times on the territory of the region. As a result of the Russian shelling of Kherson region on November 24, 10 local residents were killed and 54 more were injured. The shelling continued in the following days – on November 26, at least 1 person was killed in the region, 2 people (including a child) were injured.

On the night of November 25, Russian troops struck at Ochakiv in Mykolaiv region. As a result, 1 person got a contusion.

On November 26, Russian troops fired missiles at Dnipro. As a result, several private houses were partially destroyed, 13 people were injured; 1 person was killed.

On the morning of November 27, a rocket attack was launched on Kryvyi Rih, which led to serious destruction of the local railway infrastructure.

Artillery shelling of the border areas of Sumy region, territories of Nikopol and Marhanets communities in Dnipropetrovsk region continues.

In the temporarily occupied territories of Luhansk region, deportation of children takes place under the guise of providing them with specialized medical care. According to the results of medical examinations, Russian doctors determine that 70% of children need such assistance.

A representative of the International Commission on Missing Persons (ICMP) reported that according to official data, more than 15 thousand people went missing during the war in Ukraine. At the same time, there is no information on the number of forcibly displaced, detained in Russia or killed civilians. It is assumed that the real figure may be higher, as in Mariupol alone, according to Ukrainian authorities, about 25,000 people may have been killed or gone missing.

On November 24, a prisoner exchange took place based on a 50-for-50 formula. On November 26, another exchange of prisoners was conducted, as a result of which 12 Ukrainians (9 military and 3 civilians) were released. The American Institute for the Study of War (ISW) suggests that Russia has started to conduct more frequent prisoner exchanges to calm the wave of discontent in its own information space caused by the defeats of its troops in Ukraine.

Evacuations continue from the liberated Kherson, which is still partially without gas, water and electricity supply. In addition, the shelling of residential areas by the Russian military from the left bank of the Dnipro River is intensifying every day. Just in the last weeks since the liberation of the city, 32 people have been killed as a result of bombardment in the area.

Civilians are also being evacuated from the temporarily occupied territory of Zaporizhzhia region. During the day of November 25, 77 people were evacuated, including 17 children.

Evidence of war crimes committed by Russian troops in the de-occupied territories is being collected. Nine torture chambers used by the Russian armed forces have already been discovered in Kherson region. Places of illegal detention of civilians and military personnel have been found in Zaporizhzhia region. In particular, the Zaporizhzhia Regional Military Administration stated that in the town of Polohy on the temporarily occupied territory of the region, a place of detention of captured servicemen of the Armed Forces of Ukraine and civilians arrested on charges of cooperation with the security forces of Ukraine was discovered.

In general, since the beginning of Russia’s full-scale invasion of Ukraine, investigators of the National Police of Ukraine have initiated 45344 criminal proceedings on the facts of crimes committed on the territory of Ukraine by servicemen of the Russian armed forces and their accomplices.

In particular, on November 24, near a forest belt near Kupiansk, Kharkiv region, law enforcement officers exhumed the bodies of 2 local men, who, according to the preliminary version of the investigation, were shot by Russian military in mid-September.

Head of Kyiv Region Police Andrii Niebytov said that so far 1368 bodies of civilians killed during the active phase of fighting in Kyiv region have been exhumed. The work on exhumation in the region is still underway.

The threat of mines in the territories where Russian servicemen were stationed remains urgent. In particular, on November 27, two men were injured as a result of ammunition explosions in Kharkiv region.

Russian armed forces continue to steal cultural heritage objects in the temporarily occupied territories. There was information about the Russian military taking exhibits from the Kakhovka Historical Museum in Kherson region to the occupied Crimea.

Mariupol mayor’s adviser Petro Andriushchenko reported that a Russian military official was killed in a car explosion in the city; 2 more representatives of the occupation forces were injured.

Chairman of the Board of NPC Ukrenergo Volodymyr Kudrytskyi revealed that Ukraine is developing a mechanism to import electricity from Europe to Ukraine in the amount of 500 MW.

On November 26, Kyiv hosted the inaugural International Summit on Food Security with the participation of representatives of about 30 countries and international organizations. The humanitarian program Grain from Ukraine was launched at the summit. In the framework of the initiative, with the support of partners, it is planned to send about 60 ships with Ukrainian grain to the countries of Africa and Asia, which suffer the most from the food crisis provoked by the full-scale invasion of the Russian Federation, by the middle of next year. As a result of the summit, 22 countries have already joined the Grain from Ukraine program, and about $150 million has been raised. According to President of the European Commission Ursula von der Leyen, the initiative should make a substantial contribution to the guarantee of food security in the world and is a manifestation of solidarity with those who need such assistance. In his turn, the President of Ukraine proposed to create a new international institution headquartered in Ukraine that would prevent and counteract international food and humanitarian threats.

Visits of high-level foreign delegations to Ukraine continue, which demonstrate the support of our country by our partners. On November 25, British Foreign Secretary James Cleverly visited Ukraine. On November 26, President of Hungary Katalin Novák arrived in Ukraine. On the same day, Prime Ministers of Poland and Lithuania Mateusz Morawiecki and Ingrida Šimonite arrived in Kyiv. They met with their Ukrainian counterpart Denys Shmyhal and signed a joint statement on the results of the meeting in the format of the Lublin Triangle. The statement emphasizes, among other things, the need to step up the process of negotiations on Ukraine’s accession to NATO, to increase assistance to Ukraine and to support the start of negotiations on Ukraine’s accession to the EU.

On November 26, President of Ukraine Volodymyr Zelenskyi and Belgian Prime Minister Alexander De Kroo signed a declaration of support for Ukraine’s membership in the EU and NATO at a meeting in Kyiv.

In the framework of restoration and support of electricity and heat supply of Ukraine, President of the European Commission Ursula von der Leyen announced the transfer of a batch of transformers and generators. Also, Finland, Azerbaijan, South Korea, Lithuania, Germany, France and the Czech Republic have announced assistance with the provision of power equipment for the power systems of Ukraine. The UK will provide Ukraine with humanitarian aid to restore infrastructure, including schools and shelters that have been destroyed since the beginning of the war.

On the eve of the anniversary of commemoration of the memory of millions of victims of the Holodomor in Ukraine, the parliaments of Moldova, Romania and Ireland adopted declarations on the recognition of the Holodomor of 1932-1933 as genocide of the Ukrainian people. In total, 22 states have made such recognition at the official level. The President of Ukraine called on democratic states to join the proper assessment of criminal actions of the Soviet Union and its leaders aimed at the physical destruction of the Ukrainian people.

Russian aggression against Ukraine receives proper legal assessment and leads to the weakening of diplomatic positions of Moscow. The House of Representatives of the Dutch Parliament recognized Russia as a state sponsor of terrorism. Russia ceased to hold the chairmanship of the UNESCO World Heritage Committee.

Partners continue to render military support to Ukraine. As part of the aid package, the United Kingdom provided the Ukrainian Armed Forces with Brimstone 2 precision-guided missiles. Germany supplied Ukraine with additional M1070 Oshkosh tank tractors and armored vehicles. Belgium is going to send to Ukraine mobile laboratories that can be deployed near the place where a chemical, bacteriological, radiological or nuclear incident may occur, as well as underwater drones.

Norway handed over to Ukraine a batch of military aid, which includes 1 M109 self-propelled gun, 55 thousand units of winter clothing for the military, 55 thousand units of bandages and individual packages, and 30 thousand dry rations. The Norwegian government has also announced that it will provide 150 million kroner ($15.1 million) to support the European Union’s military assistance mission to Ukraine, within which Ukrainian military are being trained.

The Security Service of Ukraine continues to search premises belonging to the Ukrainian Orthodox Church (Moscow Patriarchate) as part of counterintelligence security measures.