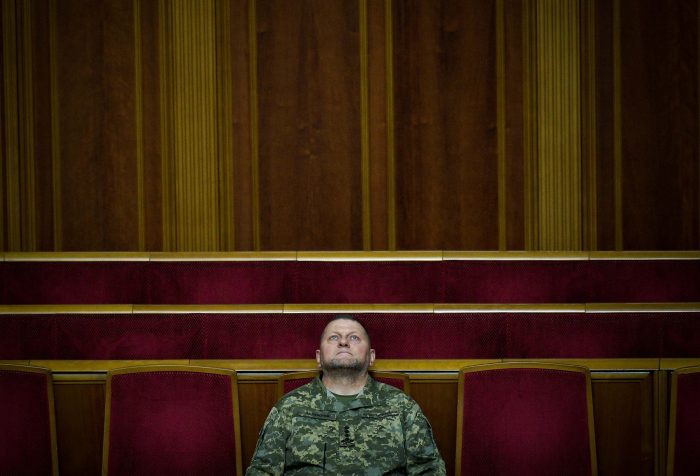 Positional fighting is taking place on the frontline. Yet, this does not mean a decrease in the intensity of hostilities in key areas (Bakhmut, Avdiivka, Svatove-Kreminna).

On December 29, a new massive attack with the use of missiles and kamikaze drones on the infrastructure of Ukraine was launched. The Air Force of the Armed Forces of Ukraine stated that the Russians resorted to an attack from various directions with air and sea-based cruise missiles from strategic aircraft and ships (about 70 missiles). On the night of December 29, drones attacked the energy infrastructure of Kharkiv and Dnipropetrovsk regions. The purpose of such attacks of the Russian Federation, which are considered to be war crimes, is to deprive Ukrainians of electricity, heating, water and other basic services in winter, thereby creating a humanitarian catastrophe.

Active positional fighting continues on the Kreminna-Svatove line. Ukrainian troops advanced in the area of Kreminna, but Russian troops are trying to regain the lost positions through counterattacks.

Russian troops continue assault actions in the Bakhmut sector, but face strong resistance from the Ukrainian Armed Forces and have no success. The town of Bakhmut suffered considerable destruction as a result of shelling. Meanwhile, about 10 thousand local residents remain in the town. Other active battles in the Donetsk region are going on near Avdiivka and Marinka, where Russian troops are trying to break through the Ukrainian Armed Forces’ defenses. Fighting also rages in the area of Vuhledar.

Russian troops continue shelling the civilian infrastructure of Donetsk region. In total, at least 8 people were wounded in the region on December 26–28.

Russian troops carry on shelling civilian infrastructure on the territory of Zaporizhzhia region. They also block the movement of people out of the temporarily occupied territories through the only checkpoint near Vasylivka.

Russian troops continue to launch intense attacks using rocket and cannon artillery on the civilian infrastructure of the right bank of Kherson region.  In particular, on December 27 they hit a critical infrastructure enterprise in Kherson; a kindergarten and an emergency medical aid station were also damaged as a result of the shelling. In addition, in the evening of the same day, the Russian military hit the maternity ward of the hospital in Kherson. In recent days at least 1 person was killed and 7 civilians were wounded in Kherson region.

In turn, the Armed Forces of Ukraine use high-precision weapons for systematic attacks on the places of accumulation of manpower and military infrastructure of the Russian Federation on the temporarily occupied territories of the left bank of Kherson region.

On the night of December 29, Russian troops carried out a large-scale attack on the territory of Ukraine, using kamikaze drones. Explosions were recorded in Dnipro and Kharkiv.

Shelling of the border areas of Sumy region is ongoing. In addition, Russian troops continue strikes on the territory of Dnipropetrovsk region – areas of Nikopol and Marhanets, where power lines and gas pipelines sustained damage.

The Office of the United Nations High Commissioner for Human Rights updated the figures on civilian casualties as a result of the full-scale Russian invasion of Ukraine. As of December 26, the confirmed losses amount to 17831 people (6884 killed, 10947 wounded). According to the governmental platform Children of War, as of December 28, 13876 children were deported, 349 went missing.

On December 27, Ukraine managed to return the bodies of 42 fallen servicemen as part of another exchange operation. In addition, President of Ukraine Volodymyr Zelenskyi summed up the results of a year of efforts to bring prisoners of war home. According to him, since February 24, Ukraine has managed to set 1456 people free from Russian captivity.

The press service of the Prosecutor General’s Office reported that since the beginning of the full-scale invasion, Ukrainian law enforcement officers have registered a total of 76583 Russian crimes on the territory of Ukraine. According to the Ministry of Internal Affairs, during this period Russian troops hit 702 critical infrastructure facilities (gas pipelines, power substations, bridges, etc.).

Russian troops are holding Ukrainian children from Kherson and Kharkiv regions in summer camps in the occupied Crimea, where they were taken during the period of intense hostilities in the corresponding territories. Some children are kept there for months, refusing to return them to their parents in the liberated territories of Kharkiv and Kherson regions.

It is not known exactly how many children have been taken to the territory of Russia or to other areas of the temporarily occupied territories of Ukraine, but according to Russian sources, there are about 4500 children from Kherson and Zaporizhzhia regions in Crimean summer camps alone.

Russia continues to carry out forced passportization in the occupied territories of Ukraine. In Luhansk region, the occupation administration introduced a procedure for applying for recognition of a child living in the temporarily occupied territory and under the age of 14 as a citizen of the Russian Federation. To do this, one of the parents must have a Russian passport.

Russian troops and occupation administrations carry out repressions against the residents of the temporarily occupied territories. On the territory of the occupied Crimea, sham courts created by the occupation administration illegally sentenced civilian journalist Iryna Danilovych to seven years in a general regime colony. Also, civilians from Kherson and Zaporizhzhia regions, including activists, volunteers, representatives of local authorities, are kept in Crimean detention centers. According to human rights activists, Ukrainian citizens are detained separately from other prisoners; they are also subjected to psychological and physical torture.

In the temporarily occupied territories of Zaporizhzhia region, the Russian military tightened administrative and police measures. The servicemen together with local collaborators are searching for patriotic Ukrainian citizens, conducting checks of personal laptops, phones, and searches of apartments.

In the temporarily occupied Henichesk in Kherson region, according to the regional council, hidden mobilization to the Russian army is actually being conducted. Men are sent to guard checkpoints and accompany the movement of Russian equipment.

Mine danger persists in the de-occupied territories of Ukraine. On the territory of Kharkiv region at least 3 people (including 1 child) were injured as a result of mine explosion in recent days.

In Odesa region, according to the decision of local authorities, monuments to Russian figures of the imperial period are being dismantled, including the famous monument to Empress Catherine II in Odesa. The monument is planned to be moved to the territory of the Odesa Fine Arts Museum.

The National Bank of Ukraine published the Financial Stability Report. In 2022, GDP is expected to fall by about a third, and in 2023 it will grow slower than expected. This is primarily due to Russian attacks on Ukraine’s energy infrastructure, which heighten risks to financial stability.

The Ministry of Finance of Ukraine continues to sell military bonds. A total of UAH 239.3 billion has been received in this way since the end of February.

Russian aggression inflicted a heavy blow to the agricultural sector of Ukraine. Andrii Vadaturskyi, CEO of Nibulon, believes that Ukraine faces a long-term drop in yields due to the war. He predicts that in 2023 the harvest of grains and oilseeds may be half as much as before the full-scale invasion.

On December 28, President of Ukraine Volodymyr Zelenskyi delivered his annual address to the Verkhovna Rada on the internal and external position of Ukraine. He emphasized the importance of Ukraine as one of the leaders of the free world and stressed that the key task of state policy for the next year is to restore the territorial integrity of the country, calling for strengthening joint efforts for the international positioning of the country.

As part of the dialogue with partners and attempts to expand the circle of states that support Ukraine in the struggle against Russian aggression, the President of Ukraine held phone conversations with Prime Minister of Italy Giorgia Meloni and Prime Minister of India Narendra Modi. According to the Ukrainian experts, the phone conversation with Prime Minister Modi is of particular importance in the context of the possible use of the Ukrainian peace formula voiced during the G20 summit in Bali for the real transition to the diplomatic path and termination of the hot phase of the Russian-Ukrainian war.

The Ministry of Foreign Affairs of Ukraine initiated the process to consider the illegitimacy of the Russian Federation’s membership in the UN Security Council and the United Nations in general. The Minister for Foreign Affairs of Ukraine Dmytro Kuleba stated that the Russian Federation illegitimately became the successor of the USSR in the UN without going through the procedure of obtaining membership, which is a gross violation of the UN Charter. Prime Minister of Ukraine Denys Shmyhal noted that the aggressive policy of the Russian Federation does not comply with the criteria and principles of the UN, so the issue of expelling Russia from the Organization is fully legitimate. In this regard, Ukraine called on the UN Member States to support it in this issue.

In the framework of the working visit, Minister of the Armed Forces of France Sébastien Lecornu arrived in Ukraine on December 28. President of Ukraine Volodymyr Zelenskyi held talks with him, informing on the security situation at the frontline and military needs of Ukraine. The parties discussed the strengthening of Ukraine’s defense capabilities with the support of France, the implementation of the peace formula, as well as the main steps to restore the territorial integrity of the Ukrainian state.

The partner states step up international support for Ukraine by providing more and more defense and financial assistance. The Kingdom of Sweden additionally allocated almost $19.2 million (200 million Swedish kronor) to support the defense of Ukraine. The funds will be channelled into the UK-led International Support Fund for Ukraine and used to reinforce Ukraine’s military capabilities. In its turn, Germany allocated €35 million for humanitarian needs of Ukraine. The funds are provided to restore the educational process, provide access to sanitation and hygiene services, as well as to ensure the continuous operation of the social protection system in the western and central part of the country.

At the request of the Ukrainian side, Ukrainian businessman and former MP Kostiantyn Zhevaho was detained in the French ski resort of Courchevel in connection with the case of embezzlement of UAH 2.5 billion from the Finance and Credit Bank.