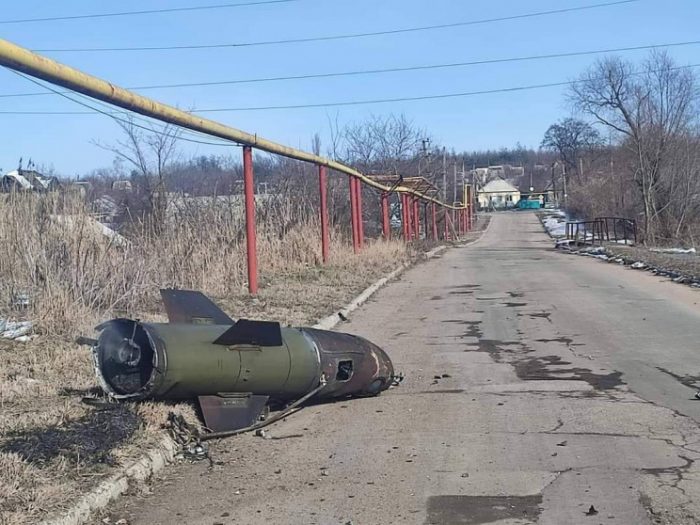 ▪ 2 mayors in Zaporizhia oblast – Ivan Fedorov (Melitopol) and (Dniprorudne) – Yevhen Matveev for refusing to cooperate with the Russian occupation forces.

According to the official information of the Presidential Commissioner for Children’s Rights, 87 Ukrainian children have been killed and about 100 injured since the beginning of the Russian invasion.

According to updated official information from local authorities, 2,187 civilians were killed in 14 days of the blockade in Mariupol.  More than 100 bombs were dropped on the city.  It is airstrikes that kill thousands of civilians.  Russian troops have not yet opened a humanitarian corridor.  There is a famine in the city, there is no water and essential medicines.  A pregnant woman and her unborn child died as a result of airstrikes on a maternity hospital on March 9.

Losses of civilians in different cities:

Lviv – 35 people were killed and 134 wounded as a result of a cruise missile strike. Russian aircraft fired 30 cruise missiles at the International Center for Peace and Security.

Stavyshche (Zhytomyr region) – 4 people were injured as a result of airstrikes in the village, 7 administrative buildings were destroyed.

Balakleya (Kharkiv region) – Russian occupiers shot the family of local residents who were driving in their own car.  According to preliminary information, 3 people died, including 1 child.

Bashtanka (Mykolaiv region) – 1 person was wounded as a result of artillery shelling of residential buildings.

Nikolaev – as a result of air strikes by cluster bombs in the city center 9 civilians are dead, 15 were wounded.  Most people stood in line at the store and ATM.

Zelenyi Hai (Mykolaiv Oblast) – 4 people were killed and 3 were injured in an air strike on the school.

Kropyvnytskyi (Kirovohrad region) – 7 civilians were killed as a result of the air bombardment of the airport by Russian aircraft.

Irpin (Kyiv region) – 1 volunteer was killed by the Russian military

Severodonetsk (Luhansk region) – the Russian military killed 1 volunteer – a person with a disability, shot at his home right in a wheelchair.

Kyiv region – 1 local deputy was killed by the Russian military.