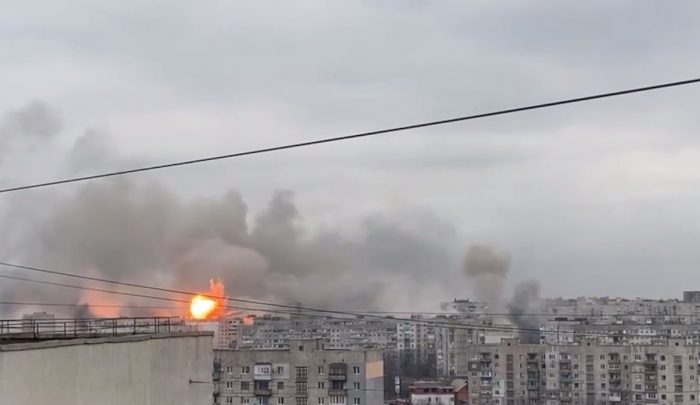 According to official estimates of Ukrainian Defense Minister Oleksii Reznikov, the number of casualties among civilians, mostly women and children, exceeded the number of losses among the Ukrainian military in different sectors of defense. Therefore, the Russian war against Ukraine is a real terror attack on the population of the Ukrainian state. The Russian army cannot stand up to the Ukrainian one. The former is far behind the latter, so Russia has chosen the path of extermination of local residents.

According to the official information of the Ombudsman of the Verkhovna Rada of Ukraine, 71 children were killed during 15 days of the war.

Mariupol – as a result of airstrikes on a maternity hospital and a children’s hospital (March 9) three people were killed, including one child. The data is updated, as only 17 wounded were known as of March 10. Russian aggressors continue to blockade Mariupol, not allowing the opening of a humanitarian corridor. The city is on the brink of survival – there is no water, food, or medicine. Mariupol’s 400,000 civilians are being held hostage by the Russian army. Local authorities are forced to bury dead locals in mass graves. On March 10, they buried 70 of the dead in this manner. At the same time, during the funeral, Russian troops fired even at the mass graves.

During March 10, new airstrikes and artillery shelling killed 36 residents in Mariupol. Information is constantly being updated. The shelling continued for 16 hours. A bomb was dropped in the center of Mariupol, which contained 1,000 kilograms of TNT. It was the most powerful bomb, destroying most of the city center to the ground.

Sumy region – a civilian car was shot. 1 woman was killed and 1 man was injured.

Bytytsya (Sumy region) – 1 person was killed and 1 wounded as a result of an air strike on an agricultural company.

Nizhyn (Chernihiv region) – 2 people were killed as a result of Russian forces’ shelling of the town from the Uragan multiple-launch rocket system.

Slobozhanske (Kharkiv region) – 5 people were killed, including two children, and one child (a 5-year-old girl) was wounded as a result of air strikes.

Korosten (Zhytomyr region) – 3 people were killed as a result of Russian air strikes. Two Belarusian truckers (trailer drivers) were among them.

Stoianka and Moshchun (Kyiv region) – 3 locals were killed with small arms. Artillery shells were fired at a kindergarten and a high-rise building in Irpin. Information about the dead is being clarified.

Dariivka (Kherson region) – 1 woman died as a result of artillery shelling of the shopping center.

Zolochiv (Kharkiv region) – 1 person was killed and 2 wounded (all women) as a result of artillery shelling.

Zhytomyr region – 7 civilians were killed and 12 were injured.

Severodonetsk (Luhansk region) – 2 people were killed and 6 civilians were injured.

Dnipro (Dnipropetrovsk region) – Russian troops carried out air strikes on the city. According to preliminary information, 1 civilian was killed.