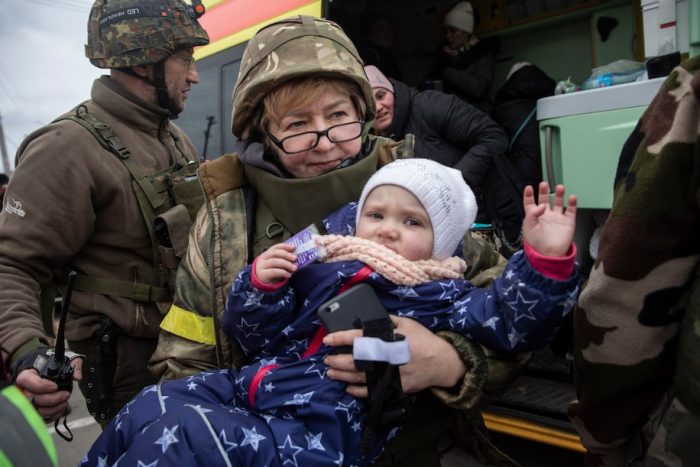 As of 8:00 am on March 20, 2022, 33 civilians have been killed in the last 24 hours of the Russian invasion (excluding the exact number of victims in Mariupol, Volnovakha, Luhansk Oblast and Chernihiv), 53 wounded, including 3 children.  20 public activists were captured.

As of March 19, Russia’s full-scale war against Ukraine’s population had killed 112 children and injured more than 140, according to the Office of the Prosecutor General of Ukraine.

A doctor at the Mariupol maternity hospital, which was bombed by Russian aircraft on March 9, said that at the time of the shelling, the hospital had:

– 14 newborns in the pathology department;

– 17 children in the maternity ward;

As a result of the airstrike on the maternity hospital and children’s hospital, 3 civilians were killed, 1 of them a pregnant woman – died with an unborn baby.

The day before, several people were taken prisoner:

• Deputy Head of the Military-Civil Administration in the city of Shchastya (Luhansk region) – Volodymyr Tyurin;

Losses of civilians in different regions and cities of Ukraine:

Zaporizhzhia region – as a result of air and artillery shelling in the suburbs of Zaporozhye killed 9 people, including 1 rescuer;  17 were injured, including 3 rescuers, and 5 civilians were injured.

Kharkiv – 4 people, including 1 child, died as a result of artillery shelling of residential areas and the institute.  16 civilians were injured.

Dergachi (Kharkiv region) – 2 civilians were injured as a result of shelling of residential buildings.

Pisochyn (Kharkiv region) – 1 person was injured as a result of artillery shelling of residential buildings.

Mykolaiv – as a result of shelling of residential quarters 2 civilians were wounded.

Snigirevka (Mykolaiv region) – Russian troops fired on the settlement, one civilian was killed.

Makariv (Kyiv region) – the number of victims of air and artillery shelling has increased – 7 civilians were killed and 5 wounded.

Borodyanka (Kyiv region) – On March 3, the Russian military killed a volunteer who was carrying humanitarian aid to local residents who were under complete siege by Russian troops.  Husband – Vitaly Merzlyuk was the father of 12 children.

Rubizhne (Luhansk region) – the Russian military once again shelled the city, a house collapsed.  2 children and 1 woman were killed and 1 child was injured.

Sumy – At the entrance to the city, the Russian military shot dead a civilian car, killing 1 person (a 20-year-old girl) and injuring one person (a 21-year-old boy).

Mariupol – according to incomplete information, 1 person died, 2 children received shrapnel wounds to the extremities and head, they were taken to a hospital in Zaporozhye.

Novoselivka Druha (Donetsk region) – one civilian died as a result of artillery shelling.

Orlivka (Donetsk region) – 1 person was injured in the shelling.